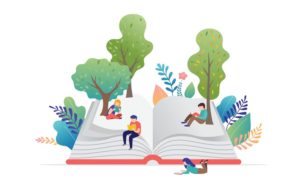 As Editor-in-Chief of Mindful, I have the honor of receiving and reviewing hundreds of books over the course of a year. After careful review, only a handful make it into the pages of the magazine. Barry Boyce, Editor in Chief, Mindful Magaziune.

Of the nine recommendations, Mindful of Race was listed as Number 4 - check out their review below!

4. Mindful of Race: Transforming Racism from the Inside Out
By Ruth King, Sounds True

Long-overdue discussions around race in America are finally having a moment—one that needs to last a very long time. The Netflix series Dear White People recently released its second season, as did Donald Glover’s Atlanta on FX. Both were created by young African-Americans who have a lot to say, and unique and hard-hitting ways of putting problems of whiteness front and center.

The “post-racial America” illusionary bubble has been burst. Put simply, to imagine we are (or even aspire to be) color-blind is just to be blind to reality. So, where is mindfulness in all this? Is the spread of this practice, touted as something truly transformational, making a dent anywhere in our understanding and our race relations? If Ruth King has her way, it will. With Mindful of Race, King joins other voices demanding contemporary mindfulness practice go beyond being another luxury of the privileged to become something that enables us to explore deep habits together in ways that effect real change.

King calls racism a “heart disease” that can go unnoticed and untreated for a long time. In response, she developed a three-and-a-half-day program with the same name as the book that “brings mindful inquiry to an examination of racial conditioning and social distress.” She unfolds her training on the page in three phases: In Diagnosis, we uncover “the narrative we hold along racial lines”; in Mindfulness—Heart Surgery, meditation practice helps us investigate deeply while “softening the grip of the tension” from emotions triggered by going to rarely explored places; and Recovery is about how we can spread understanding, caring, and equanimity about race from our inner circle to the bigger circles in the world.